category.
for the community
for athletes
Running 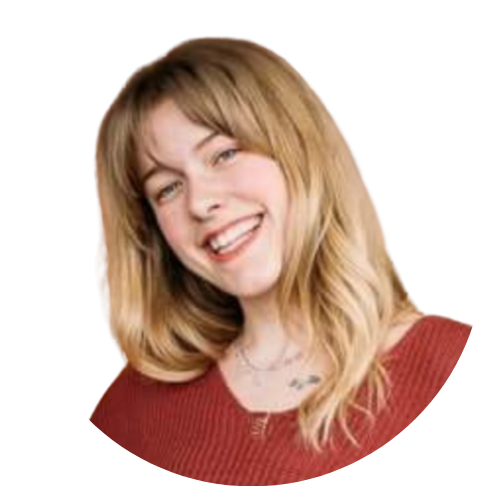 Philadelphia is home to so many exciting and enriching running groups. 🏃🏻‍♀️🎽🏆 Use the eseo app to meet running buddies in your area, and check out our list of Very Important Runners who are inviting Philadelphians to run toward meaningful connections, healthier lifestyles, and deeper communities.

When it comes to running communities, our city is pretty stacked. From social running groups looking for deep conversations to competitive clubs that help their members achieve their goals—there’s something for everyone in Philly.

At eseo, we’re fostering a more accessible community of athletes. As a part of that mission, we’re excited to highlight some of the important people who demonstrate the power of physical activity to connect people and transform teams into friendships.

The runners on this list have gone above and beyond to foster a supportive, inclusive, and enriching community founded on a mutual passion for running. Keep reading to learn more about our VIRs.

Dave is a runner, hurdler, restaurant owner, and the guy behind RunningCo.

Outside of being the spiritual leader of the Benny Bridge Crew, Adam helps organize workouts for Citywide Athletics, a weekly (free) outdoor, bodyweight exercise group. He also plays goalie for a few rec soccer teams and shoots around at Ralph Brooks basketball court. Thanks to his better half, he is currently learning to play volleyball.

Stacey is known as the iced coffee runner. She took her passion for the sport and became a running coach to help runners across the world see the power that running can have on their lives.

Gary found long-distance running later in life and fell in love. He created a running group, found love, and is excited to constantly evolve.

Michael Gagliardi is a proud Philadelphian, accomplished ultrarunner, and host of Running Times with Gagz, a podcast that features exceptional human stories filtered through the prism of running and inclusion. He’s also a 2020 Best of Philly recipient who continues to inspire and motivate his local community.

To connect with Gagz please visit him on Instagram or Strava.

Dr. Danielle, originally from ATX, is a former professional barista turned perinatal and pediatric chiropractor. Running found her and keeps finding her throughout life - it’s meant to be. She is the founder of the Women Running West Chester club.

Lionel Brahim Brodie III is the founder of the Original Propaganda Athletic Club. He is a disruptive, trend-setting, fashion-forward academic thinker and entrepreneurial proactivist… who moonlights as a runner.

Brittney is the leader of the Navy Yard Running Club, although she uses the word “leader” lightly because the group supports each other and is focused mostly on running and making connections. She just happens to pick the route most of the time.

Sunny is the founder and leader of Young & Active Philly, a community of 20 & 30 somethings in Philly that stays active with the mission of making fitness social.

Bennett is the founder of the Fairmount Running Club.

Becca is a distance runner, a yoga instructor, and a Run 4 All Women ambassador. She runs with several different run crews in Philadelphia regularly and supports Students Run Philly Style and Girls on the Run who use running to mentor youth.

Born in Nairobi, Kenya, Freddy Mahugu is truly a citizen of the world. His extensive travel throughout Africa, Europe, and Asia has given him keen insight into the human condition. Founder of Wynnefield Track Club, Freddy is also a certified USA Track & Field and RRCA Coach.

John is a Philadelphia-based runner who enjoys running along the SRT and meeting people with similar passions and goals.

Larry is the leader of Run & Chug, a running group that likes to have fun.

Noah and Sandy are the leaders of the Manayunk Beer Runners.

Liz is the CMO at Philadelphia Runner, a local shop and HQ of the Philly running scene. She is an occasional runner, race director, and coach.

C.C. Telléz is an openly lesbian distance runner from La Paz, Bolivia. She is also the founder of Lez Run Running Club, Co-Race Director of the Philly Pride Run, and a proud ambassador for Athleteally. She’s also the recipient of the 2017 William Way LGBT Community Center - Community Service Award and the 2018 OutProud award. Through running and her community involvement, C.C. has made it her mission to make sure that underrepresented athletes are seen, accounted for, and respected. She works hard to promote awareness, acceptance, and change and believes that visibility is the best way to knock down discrimination.

George is a native of Southwest Philly. He serves as the Vice Captain of the Black Men Run Philadelphia Chapter. He has a natural passion for helping those in need, especially inner-city youth facing the same challenges he had to overcome growing up.

Dawn Armentani is a Philadelphia native who believes that just one run can change your life. Dawn found her true purpose for running through getting comfortable being uncomfortable, and literally running her way into a much happier and healthier life. She is passionate about using positive energy to inspire others to achieve their full potential both on and off the pavement.

Learn more about Dawn by following her on Instagram.

Jordan is currently involved with running, ultimate frisbee, yoga, acro yoga, and cycling. He believes people are meant to move and keeps finding new sports to add to his lists of activities. Create community through your activities and find a way to bring joy and mindfulness and you'll never want to stop.

Driven by a desire to serve the community, Cain is the founder of Queer Run. They grew up in Northwest Ohio and began competitive running after moving away. In addition to running, they competed in Winter Guard International (WGI) at a World Class level. They lived in Wilmington, NC, and Stockholm, Sweden before landing in Philly in 2017.

Cain now lives in the Bella Vista area with their partner, Jake, and acts as Queer Run’s Executive Director with the support of co-leaders Aaron Nixon and Sarah Tampio. Recently, they’ve been enjoying more ultra running, venturing into the 24-hour and 100-mile races. Some of his upcoming races include the Javelina Jundred 100 and the City Invincible Track Ultra 24-Hour Race. In his spare time, Cain loves playing board games, gardening, playing guitar, or laying on a blanket in the park while sketching.

These are just a few of the many people who make Philly’s running community a great one. No matter what type of running group you’re looking for, you’ll be able to find your tribe in our city.

‍eseo is passionate about connecting athletes of all kinds in our local communities. If you are looking to connect with runners near you, download the eseo app.